“A lot of machine-learning studies related to misinformation on social media focus on identifying different kinds of conspiracy theories,” said Courtney Shelley, a postdoctoral researcher in the Information Systems and Modeling Group at Los Alamos National Laboratory and co-author of the study that was published last week in the Journal of Medical Internet Research. “Instead, we wanted to create a more cohesive understanding of how misinformation changes as it spreads. Because people tend to believe the first message they encounter, public health officials could someday monitor which conspiracy theories are gaining traction on social media and craft factual public information campaigns to preempt widespread acceptance of falsehoods.”

END_OF_DOCUMENT_TOKEN_TO_BE_REPLACED

As SARS-CoV-2 continues to spread in France, a thorough characterization of hospital care needs and of the trajectories of hospital patients, as well as how they have changed over time, is essential to support planning. This led scientists from the Mathematical Modeling of Infectious Diseases Unit at the Institut Pasteur and the University of Cambridge to develop a probabilistic model that can be used to analyze detailed patient trajectories based on 198,846 hospitalizations in France during the first nine months of the pandemic (from March to No-vember 2020). These findings were published in The Lancet Regional Health Europe on March 20, 2021.

END_OF_DOCUMENT_TOKEN_TO_BE_REPLACED

The faster-spreading B.1.1.7 variant of SARS-CoV-2 first detected in the United Kingdom, the coronavirus that causes COVID-19, is quickly on its way to becoming the dominant variant of the virus in the United States, according to a study from scientists at Scripps Research and the COVID-19 test maker Helix.

The findings, which appear today in Cell, suggest that future COVID-19 case numbers and mortality rates in the United States will be higher than would have been otherwise. The analysis suggests that the variant, which has been detectable in an increasing proportion of SARS-CoV-2 samples, is 40-50 percent more transmissible than SARS-CoV-2 lineages that were previously dominant. Other studies have found evidence that the B.1.1.7 variant may be about 50 percent more likely to cause fatal COVID-19.

END_OF_DOCUMENT_TOKEN_TO_BE_REPLACED

Testing and vaccination – these are the pillars on which humanity is trying to get a grip on the Coronavirus pandemic. Although it is taking longer than many had expected, it is believed that it is only a matter of time before we are all vaccinated and thus protected. However, time is also working for the virus, which has now mutated several times, with variants B.1.1.7 from the United Kingdom, B.1.351 from South Africa and P.1 from Brazil spreading rapidly. These viruses have mutations in the so-called spike protein, the structure on the surface of the virus that is responsible for attachment to host cells. At the same time, the spike protein is also the major target of the immune response. Antibodies generated in response to SARS-CoV-2 infection or vaccination bind to the spike protein, thereby blocking the virus. A team led by Markus Hoffmann and Stefan Pöhlmann of the German Primate Center – Leibniz Institute for Primate Research and Jan Münch of the Ulm University Medical Centre has found that the SARS-CoV-2 variants B.1.351 and P.1 are no longer inhibited by an antibody used for COVID-19 therapy. In addition, these variants are less efficiently inhibited by antibodies from recovered patients and vaccinated individuals. Thus, convalescence from COVID-19 as well as vaccination may offer only incomplete protection against these mutant viruses (Cell).

END_OF_DOCUMENT_TOKEN_TO_BE_REPLACED

Results from a large clinical trial in the United States and South America indicate that AstraZeneca’s COVID-19 vaccine, AZD1222, is well-tolerated and protects against symptomatic COVID-19 disease, including severe disease or hospitalization. The independent Data and Safety Monitoring Board (DSMB) overseeing the trial identified no safety concerns related to the vaccine. The United Kingdom-based global biopharmaceutical company AstraZeneca developed the vaccine and led the trial as regulatory sponsor.

The National Institute of Allergy and Infectious Diseases (NIAID), part of the National Institutes of Health, and the Biomedical Advanced Research and Development Authority (BARDA), part of the U.S. Department of Health and Human Services’ Office of the Assistant Secretary for Preparedness and Response, provided funding support for the trial through the federal COVID-19 response.

END_OF_DOCUMENT_TOKEN_TO_BE_REPLACED

“As we learned about the connection between blood clots and COVID-19, we knew that aspirin – used to prevent stroke and heart attack – could be important for COVID-19 patients,” Jonathan Chow, MD, assistant professor of anesthesiology and critical care medicine and director of the Critical Care Anesthesiology Fellowship at the GW School of Medicine and Health Sciences, said. “Our research found an association between low dose aspirin and decreased severity of COVID-19 and death.”

END_OF_DOCUMENT_TOKEN_TO_BE_REPLACED

Masks help protect the people wearing them from getting or spreading SARS-CoV-2, the virus that causes COVID-19, but now researchers from the National Institutes of Health have added evidence for yet another potential benefit for wearers: The humidity created inside the mask may help combat respiratory diseases such as COVID-19.

The study, led by researchers in the NIH’s National Institute of Diabetes and Digestive and Kidney Diseases (NIDDK), found that face masks substantially increase the humidity in the air that the mask-wearer breathes in. This higher level of humidity in inhaled air, the researchers suggest, could help explain why wearing masks has been linked to lower disease severity in people infected with SARS-CoV-2, because hydration of the respiratory tract is known to benefit the immune system. The study published in the Biophysical Journal.

END_OF_DOCUMENT_TOKEN_TO_BE_REPLACED

At the time of writing, coronavirus disease 2019 (COVID-19) is seriously threatening human lives and health throughout the world. Before effective vaccines and specific drugs are developed, non-pharmacological interventions and numerical model predictions are essential. To this end, a group led by Professor Jianping Huang from Lanzhou University, China, developed the Global Prediction System of the COVID-19 Pandemic (GPCP).

Jianping Huang is a Professor in the College of Atmospheric Sciences and a Director of the Collaborative Innovation Center for Western Ecological Safety, Lanzhou University, China. He has for a long time been dedicated to studying long-term climate prediction, dust-cloud interaction, and semi-arid climate change by combining field observations and theoretical research. Lockdown in early 2020 seriously affected his research. Therefore, stuck at home, he held online discussions with his team members on how their experience of developing climate system models might be able to contribute to fighting the pandemic. He didn’t expect much response, but was surprised and touched when many of his colleagues responded enthusiastically.

END_OF_DOCUMENT_TOKEN_TO_BE_REPLACED

As COVID-19 spread across the world, so did conspiracy theories and false information about the virus. This proliferation of misinformation–labeled an “infodemic” by the World Health Organization (WHO)–makes it difficult to identify trustworthy sources and can threaten public health by undermining confidence in science, governments, and public health recommendations.

The consequences of misinformation can be tragic: hundreds died and thousands were poisoned in Iran after consuming toxic methanol alcohol, falsely believing it could cure COVID-19.

In a new article in the Journal of Public Health Policy, legal scholars at NYU School of Global Public Health and the global health organization Vital Strategies identify five approaches countries have taken to address misinformation about COVID-19. Their tactics ranged from helpful practices like creating media campaigns sharing accurate information to harmful practices like suppressing whistleblowers and factual information, or disseminating disinformation (the intentional spread of false information) on their own. Several approaches criminalized expression, eliciting human rights concerns, given that international law protects freedom of expression.

END_OF_DOCUMENT_TOKEN_TO_BE_REPLACED

Even before public announcements of the first cases of COVID-19 in Europe were made, at the end of January 2020, signals that something strange was happening were already circulating on social media. A new study of researchers at IMT School for Advanced Studies Lucca, published in Scientific Reports, has identified tracks of increasing concern about pneumonia cases on posts published on Twitter in seven countries, between the end of 2019 and the beginning of 2020. The analysis of the posts shows that the “whistleblowing” came precisely from the geographical regions where the primary outbreaks later developed.

To conduct the research, the authors first created a unique database with all the messages posted on Twitter containing the keyword “pneumonia” in the seven most spoken languages of the European Union – English, German, French, Italian, Spanish, Polish, and Dutch – from December 2014 until 1 March 2020. The word “pneumonia” was chosen because the disease is the most severe condition induced by the SARS-CoV-2, and also because the 2020 flu season was milder than the previous ones, so there was no reason to think it to be responsible for all the mentions and worries. The researchers then made a number of adjustments and corrections to the posts in the database to avoid overestimating the number of tweets mentioning pneumonia between December 2019 and January 2020, that is to say in the weeks between the World Health Organization (WHO) announcement that the first “cases of pneumonia of unknown etiology” had been identified – on 31 December 2019 – and the official recognition of COVID19 as a serious transmissible disease, on 21 January 2020. In particular, all the tweets and retweets containing links to news about the emerging virus were eliminated from the database to exclude from the count the mass media coverage of the emerging pandemic.

END_OF_DOCUMENT_TOKEN_TO_BE_REPLACED

COVID: The Politics of Fear and the Power of Science
$15.41
Buy on Amazon 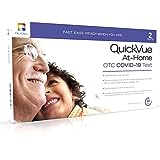 The Truth About COVID-19: Exposing The Great Reset, Lockdowns, Vaccine Passports, and the New Normal
$13.22
Buy on Amazon
Bestseller No. 3 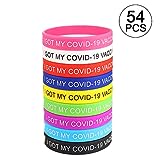